Dandy Livingston - Rudy A Message To You 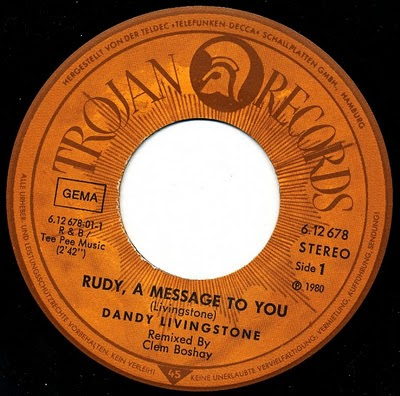 GG just posted The Specials. I hope that we all have this LP, don't we? The record opened my ears for music again. Even if it's long ago, I still love them and the things that followed under the banner of 2Tone. And as you may know from earlier posts, I made aquaintance with Rico Rodriguez via The Specials: already the first track on their LP was Rudy, A Message To You! What a song! It was written and recorded by Dandy Livingston (b. Robert Thompson, 1943 in Jamaica) with Rico on trombone in 1967, re-recorded by Rico in 1970(for the b-side of a Laurel Aitken single) and appeared finally as a great Specials single.
I want to share with you the 1980 re-issue of Dandy Livingston's single which was a bit remixed by Clem Bushay of whom I know nothing.
The ugly cover for this single I must share with you - it's Trojan at its best, isn't it? 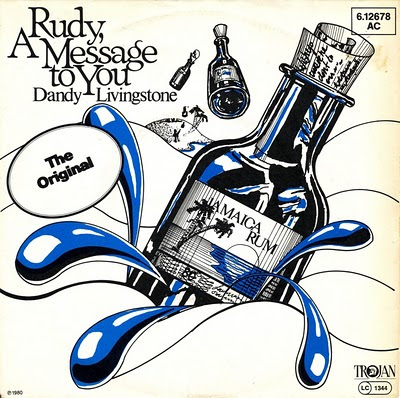