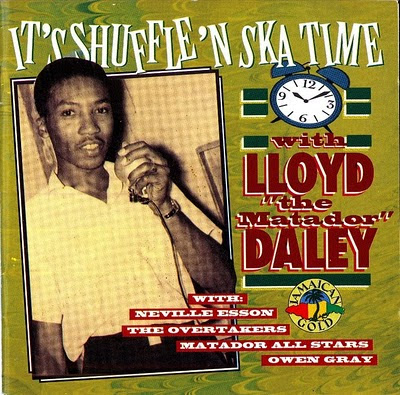 Some days back I offered you "Shimmy and Twist" by Neville Esson, one of Lloyd Daley's early productions of Jamaican pre-ska R'n'B. Followers of this kind of blog don't like to download single tracks?! Do they want more?

Lloyd Daley was producing on a comparable level as Duke Reid or C.S. Dodd did, but he seemed not to be at the same type concerning the raw sides of the business. While he continued to produce good music until the 1970s he always released less material than his colleagues.

During the 1990s the Dutch label "Jamaican Gold" released a number of CDs with Daleys material together with extensive liner notes. The label seems to be out of action since several years. My favorite, Rico Rodriguez, played the trombone on four tracks (at least): Along "Shimmy & Twist", it's Neville Esson's "Miss Ann", as well as The Matador All Stars feat. Roland Alphonso with "Bridgeview Shuffle" and The Matador All Stars feat. Rico Rodriguez with "Continental Shuffle".

It's Shuffle 'N' Ska Time With Lloy "The Matador" Daley. Enjoy all 14 tracks! 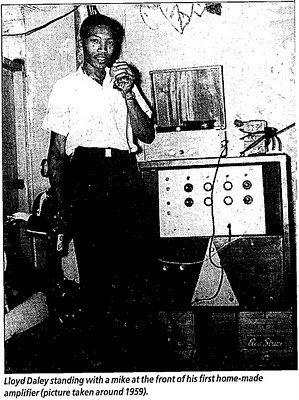