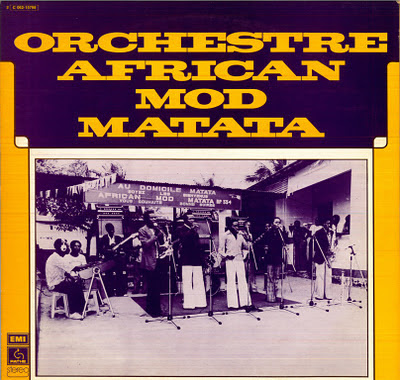 Some weeks ago I shared with you an African single by Orch. Africa Mode Matata and asked for more informtion on that group. Poltroon refered to this LP which was released two years later. Despite the slightly different name it must be the same group.

On the cover we see the band with four singers in the frontline. And it's their vocal harmony which makes this album special. Third from left is a small man, who's name must be Toussaint Mobenga, who is according to Matthew Lavoie the founder of A.M.M., starting this orchestra after the split of Orchestre Novelty in 1966 (more here). 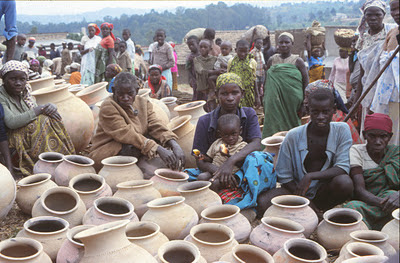