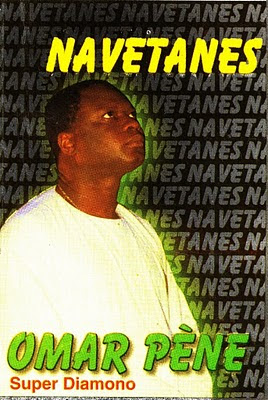 Recently Nauma shared with us a newer record by Omar Pene, Aduna offered earlier this year a tape from the 1980s. Now I would add something from the late 1990s. It was a time when I made several voyages to Dakar and Thiès and where I bought at least some tapes. Let's start with Navetanes. 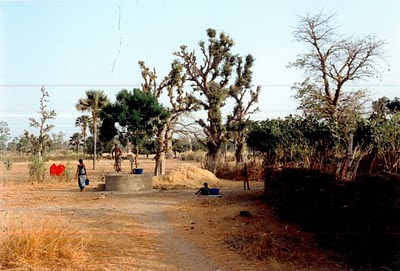 Omar Pene made and still makes great music. And he is my age group! He could have birthday the same day. But I don't know exactly his date. Wonderful imagination, strange idea. So please enjoy!

O.k., I have a technical question. My tapedeck is not of best quality and most tapes are extremely overmodulated while I can't help the problem. Do you hear it? Please give me a feedback.

To Oro: thank you for your good wishes. A long life - I don't know, my ressources are not comparable with yours or those of some other friends here. I'll go slowly and try to go step by step. 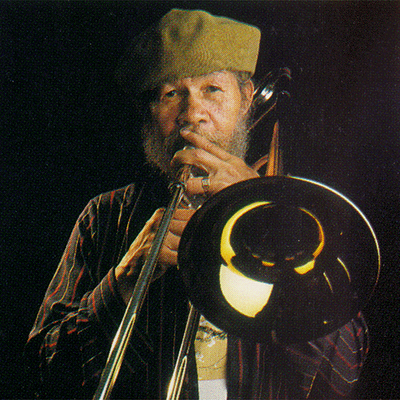 You wanted to know how I found the name for this blog? No? O.k. I tell you anyway:
"I've heard Rico twice in my life in concert. That was in 1981 with the Specials at the Metropol Theatre on Nollendorfplatz in Berlin. (The second time was in Freiburg in Nov. 2004.) What I've heard in 1981 changed my life - it revived my musical interest. This music hit my soul while I ignored "pop music" completely since several years. After buying and hearing all the 2Tone stuff, Rico's involvement led me to search for Man From Wareika and subsequently for other related music. What I found was wonderful, not only Bob Marley but digging deeper I found The Congo's Heart Of The Congos (and it's follow-up Face The Music) and other Lee Perry productions; I discovered Linton Kwesi Johnson who's Bass Culture was another eye-opener. The music guided me further in two directions: to Jamaica's musical history (finding the Skatalites and lots of original ska as well as pre-ska music) and to Africa (finding a new musical continent and my place to work as a volunteer for several years in the 1980s).
Never stopping to look where to find Rico's credits on a record - hungry for his wonderful horn lines -. But since ca. 1983 and after my return from Afrika there was nothing more. What happened? The music press didn't say a word ... It was early in the new decade when he seemed to be back to life. Good to know.
So far my personal remarks.
Rico's music transcends something important, an almost spiritual feeling that has never lost its roots in life's reality. The foundation was laid already in the 1950s when he had to realise his poverty, when he had to play for food with the fishermen on the beach near Kingston. In Rico's words: "Because you were poor and had to eat, you stay down where the fishermen draw their nets, so you'd have food every day. Fishermen always give you fish, they like to hear you playing." (from an interview in 1973, quoted by Cane-Honeysett, 1995)
At the same time he made his first experience with Count Ossie's Rasta community at Wareika Hills. Rico says: "They're more developed, mentally and musically, than the average musician. When you play with them you can really explore. Most of what I know I learned from playing with them." (Williams, 1981)
This rasta experience - the playing of the burru drums - gave Rico his link to the African roots, "his heavy African vibe" and one of his musical roots that had to be searched for by other black American musicians by going back to Africa personally like Don Cherry who once asked Rico: "How can you play like that ... To play like you I had to go to Africa to learn." (quoted by Hanafusa, 1998) or like his great collegue of the early Jamaican ska years, Ernest Ranglin, who went In Search of The Lost Riddim finally 1997 to Senegal.
On the other side, Rico was classically educated at school and the interest of the young musicians during those early days of popular Jamaican music was jazz. So was Rico's and he remained linked to this music: giving many references during his recording career, from "Take Five" to "Red Top" to Jazz Jamaica - leading to a whole musical direction with the renaissance of the Skatalites in the 1990s, various ska-jazz-groups (e.g. Jazz Jamaica and New York Ska-Jazz-Ensemble) and not at least to an Island Records label called Island Jamaica Jazz with releases by the great names Ernest Ranglin, Dean Fraser ("It make me feel good to know seh well a younger man, from the same school like myself, is so excellent that you don't have no man fe better than him. No man better than him, he a de best ..." Rico on Fraser), Monty Alexander and - again - by the Skatalites.
Jazz kept Rico open minded. Musically open for new developments and for experiments he was able to realise or to participate in during the 1990s when he was no more depending on earning his living by doing other things than music. So - if Rico will be able to continue making music - he is now beyond 70 - it will surely be good music.
Enjoy the music, enjoy yourself. "
These lines I've written between 1999 and 2004 to introduce myself on a website dediceted to Rico's music which I compiled and developed over 10 years. Then GeoCities was closed down and I started the same project but with much less time and not only concentrated on Rico over at Wikia (biography, discography etc.). I also transfered the discography to the English Wikipedia and a German translation of his biography to the German language Wikipedia.
But now you may listen to Dial Africa, live. Enjoy!
Eingestellt von dial africa um 15:05 4 Kommentare: 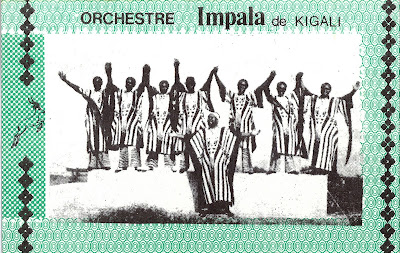 All those phantastic blogs on good and African music were motivation enough to start another one in the same vain. Lost or nearly lost sounds from different places I've come across over the years.
I'd like to start with some music from 1980s Rwanda (with more to follow), where I've been working in those times. This wonderful country with it's tragic history was never a musical powerhouse. There was no record industry, only a few tapes were produced. The best known orchestra in those times was Orchestre Impala (de Kigali) who released ca. 10 tapes; a late compilation from ca. 1988 I would like to share today. 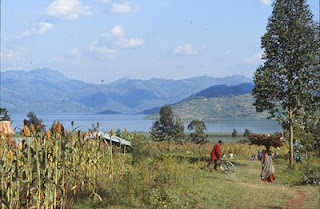 Rwanda in those days was a very poor country. Rwanda was not jet controlling the eastern parts of Congo, then Zaire, was not exporting valuable raw materials but some coffee and tea. Electricity was available only in the towns; the biggest, the capital Kigali was not more than big village, no city at all.
The music is mostly slow, controlled, nothing goes wild ... And there is a kinyarwanda version of the Bellamy Brothers' song 'Let Your Love Flow" - funny.
Enjoy!
Eingestellt von dial africa um 17:31 5 Kommentare: