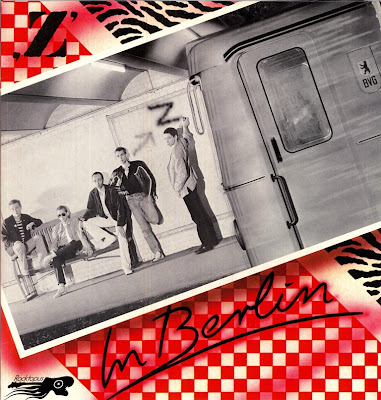 1980 was the year I've seen the Specials playing in Berlin. The band together with Rico Rodriguez and Dick Cuthell blew me away. During his short time in Berlin Rico was invited into Paragon studio near Bundesallee.

A new band was recording their first single, "Legalize Erdbeereis", a funny song over a ska beat. With a typic horn line Rico made it to the local summer hit; and he gave some more of his music to another song, "Der Geist".

Finally the band released this LP "In Berlin" in summer of 1980. It's not a record for the island, but an example of music coming out of Berlin at the time. Listen and I hope you will enjoy!