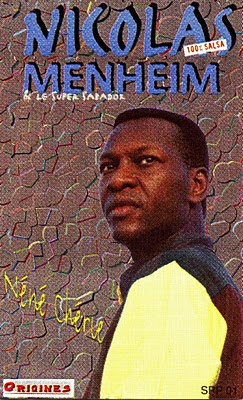 Coming back to late 1990s Senegal, where Nicolas Menheim served with a strong salsa sound. He was around 1990 founding member of Africando and recorded in the late 1990s material with his own group, The Super Sabador, for two local tapes, Néné Chérie and Commandante Ché Guevara, the second one gave title to a CD reissue of these recordings on Günther Gretz' Popular African Music label which is eventually still available at Stern's.

I love the trombone sound by Wilfred Zissou. Enjoy!

Once The Beat wrote on the CD: "The standard of the music throughout this release is outstanding: This has some of the best Sengalese salsa we have heard, with strong songs beautifully sung. The horn section of Théophile Preira, Malick Barry on trumpets and Wilfred Zissou on trombone is outstanding and there is some really nice guitar from Mamadou Diack. Nicolas' honeyed vocals float majestically over the proceedings. Le Super Sabador is unique in Senegal in having a female vocalist, the magnificent Maguette Dione, described as the Senegalese Celia Cruz. She provides lead on "A Puerto Rico" and probably the best track on this release, the classic Labah Sosseh track "El Divorcio." Maguette really does have an incredible voice: I look forward to hearing more of her in the future." 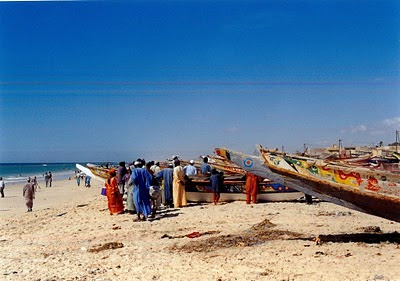